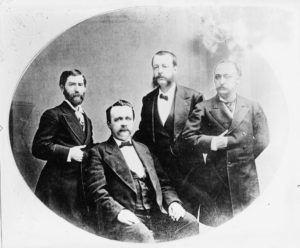 History of the Order

The Order Knights of Pythias was founded on the evening of February 19th, 1864, in the City of Washington, District of Columbia, as a chivalric order and fraternal organization dedicated to inspiring and preserving the knightly principles of fraternal love in a country torn by civil war.

The founder of our Order was born Henry Edwin Dwight Rathbone near Utica, New York in 1839 to prominent lawyer Justus Hull Rathbone Esq., and Sarah Elizabeth Dwight, who was herself a descendant of philosopher and theologian Jonathan Edwards. When he was ten years old, his name was changed by striking out “Edwin Dwight” and prefixing his father’s name, Justus. He attended Mt. Vernon Boarding School, Cortland Academy, Carlisle Seminary, Madison University, and ultimately graduating at 18 years old from Colgate University in 1857.  As a young man, Justus Henry Rathbone moved to Michigan’s Upper Peninsula. He was employed as a school teacher in Central Mine, Northwest Mine, and in Eagle Harbor, Michigan. As some of the town names suggest, these were mining settlements on Lake Superior, and besides teaching school, Rathbone had also been employed as a clerk at one of the mining companies. The now-historical area did not provide much entertainment for the settlers and workers at the time, with the only noteworthy social event being an annual wintertime ball. Most of Rathbone’s evenings were spent reading and studying. Eventually, Justus Rathbone and his friends formed the “Stevens Dramatic Association” named in honor of a prominent local citizen, who was so complimented by the honor that he offered the association the use of the upper story of his commercial building free of charge. Rathbone was selected to be the stage manager, and it was his duty to secure plays from a publisher in New York City. Among the many plays sent was Irish playwright John Banim’s “Damon and Pythias”.

Rathbone had seen the play performed before numerous times, but reading it over at the schoolhouse one day after class had been dismissed, he was so taken by the story of friendship between the two title roles that it occurred to him that such friendship could and should be the basis of fraternal, secret society.   Being under 21 years of age, he was then too young to be a member of most secret societies such as the Freemasons and had no experience at the inner workings of then-successful fraternal organizations, yet between the autumn of 1858 and the spring of 1859, Justus Henry Rathbone completed the first ritual of the Knights of Pythias. And when the manuscript was completed, he folded it neatly, and put it away, not to be revealed to anyone until one, cold night in February, 1864.

“‘Twas a night dark and gloomy, and the blood of brothers slain
Had our country’s altar overflown, leaving dread and awful stain,
And a crimson, gory curtain, heavy, dripping wet,
Had veiled our nation’s temple, when a few good brothers met.

“‘Mid the roar of deadly cannon and the clash of cruel steel,
They planned our beauteous temple, with a grand, heroic zeal –
With a prayer to the God of Heaven, in the font of living grace,
There they christened our loved Order, and vouchsafed it to the race.”

Rathbone had been ordered to Washington, D.C., for duty in the Medical Department during the fever pitch of the American Civil War, 1863. It was the next year at a meeting of the Arion Glee Club that Justus Rathbone told five other members of the club that he had in his possession the ritual of a secret society which he had written some time before while teaching school in the Lake Superior country, and which he was desirous of now ushering into existence. He and his working associate Mr. Robert A. Champion, who had already read the ritual and was quite impressed, now urged the formation of such a society. Within just a few years, membership in the order numbered in the thousands.

So popular the Knights of Pythias were in Washington, D.C., that it didn’t take long before the organization was being spoken of in the White House. President Abraham Lincoln, being advised of the contents of the ritual of the Knights of Pythias and its teaching, said: “The purposes of your organization are most wonderful. If we could but bring its spirit to all our citizenry, what a wonderful thing it would be. It breathes the spirit of Friendship, Charity and Benevolence. It is one of the best agencies conceived for the upholding of government, honoring the flag, for the reuniting of our brethren of the North and of the South, for teaching the people to love one another, and portraying the sanctity of the home and loved ones. I would suggest that these great principles be perpetuated and that you go to the Congress of the United States and ask for a charter, and so organize on a great scale throughout this nation, and disseminate this wonderful work that you have so nobly started. I will do all in my power to assist you in this application and with your work.”

In time, President Lincoln’s blessing was realized, and on May 5th, 1870, the Knights of Pythias became the first fraternal organization to receive a Congressional charter.

As the numerical strength of the Order grew, subordinate lodges sprang up more rapidly than anyone had ever imagined, and Grand Lodges began forming, one in every state, under the authority of the Supreme Lodge. Making its way westward, the Supreme Lodge instituted the Grand Lodge of Missouri on July 7, 1871. 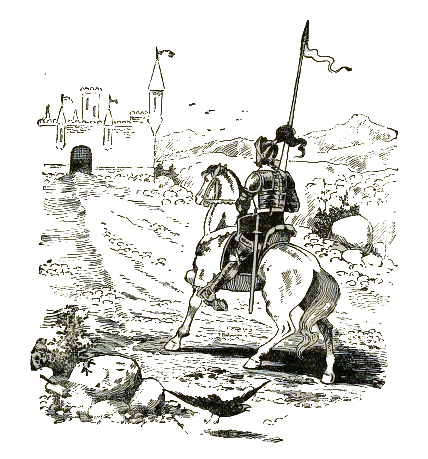 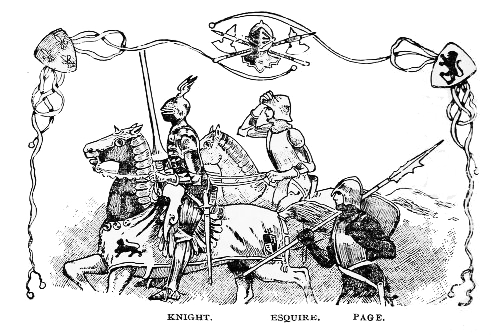 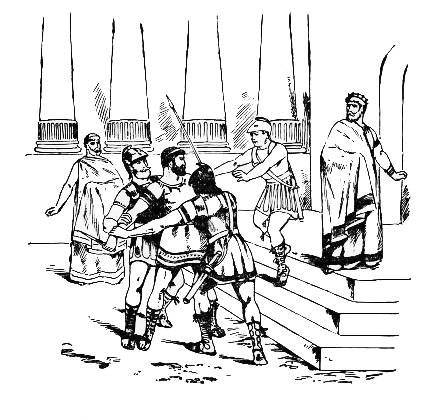 Kansas City Lodge No. 1, instituted in May of 1870 was the first among hundreds of subordinate lodges of the Order Knights of Pythias in Missouri. Following the institution of the Grand Lodge of Missouri in 1871, the Order blossomed in the state and in what would later become her domain in Kansas and Arkansas. Many of our historically renowned Castle Halls and Pythian Homes still stand as monuments to a storied past, even those no longer maintained by the Order – the most notable example being the Pythian Home of Missouri in Springfield. Numbers peaked in the early 1900s when there were counted more than 20,000 Knights of Pythias in Missouri alone. The Great Depression and the Second World War took its toll on all areas of life in the United States, and the Order Knights of Pythias was not spared its share of loss. Yet Pythianism in Missouri never died out, and the Order is again lighting new beacons of Friendship, Charity, and Benevolence. In 2001, the Missouri Grand Lodge voted to take the state of Kansas into her domain, and the state of Arkansas was admitted as well in 2005. 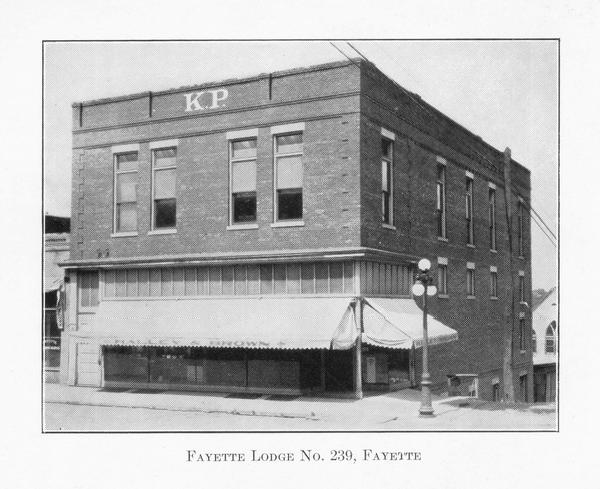 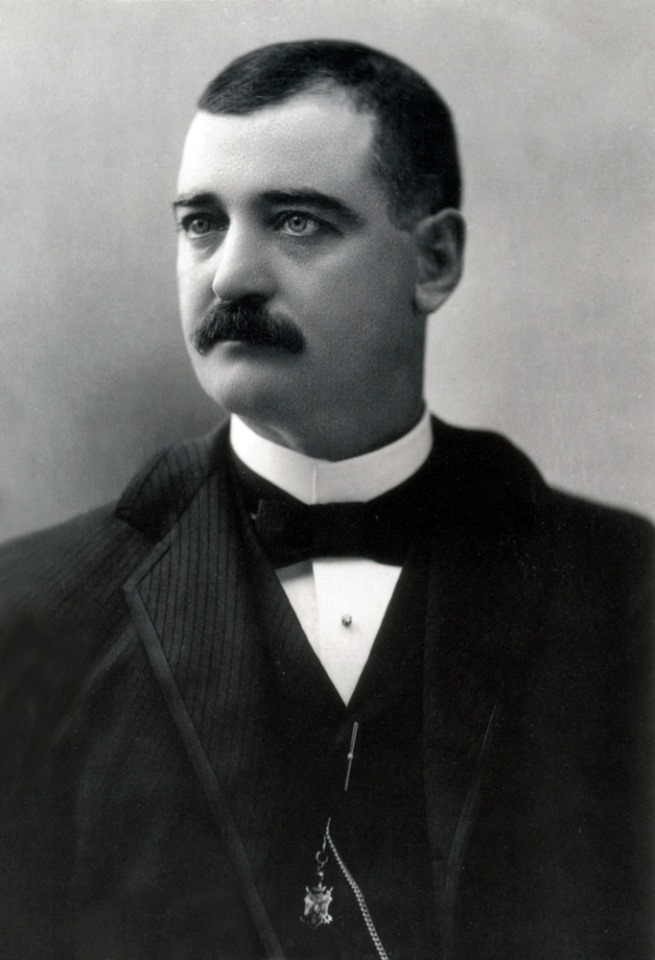 The first subordinate lodge in Kansas was instituted on April 4th, 1872, as Myrtle Lodge No. 1 in Lawrence. The growth of the Order in Kansas thereafter was rapid, only being set back by the economic Panic of 1873 and a literal plague of locusts in 1874, which affected every part of the state. The Grand Lodge of Kansas was instituted in September of 1872. The Order saw a strong presence in Leavenworth, with a half dozen lodges in that city alone. Notable Kansan Knights of Pythias include attorney John M. Price, Lieutenant Governor Alexander P. Riddle, Governor Jonathan M. Davis, and lawman Bat Masterson.

If fraternal love held all men bound, how beautiful this world would be.

-Justus H. Rathbone, Founder of the Knights of Pythias 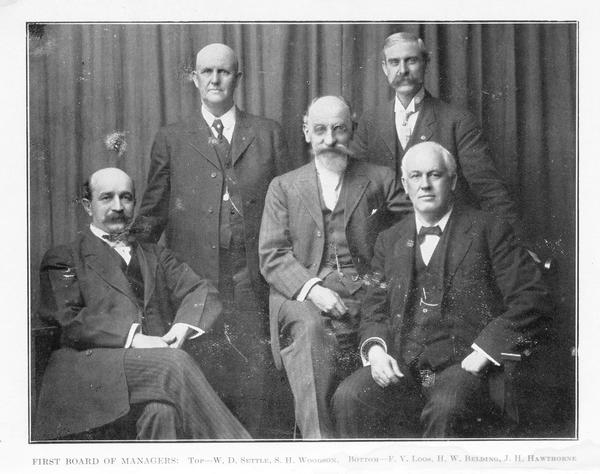 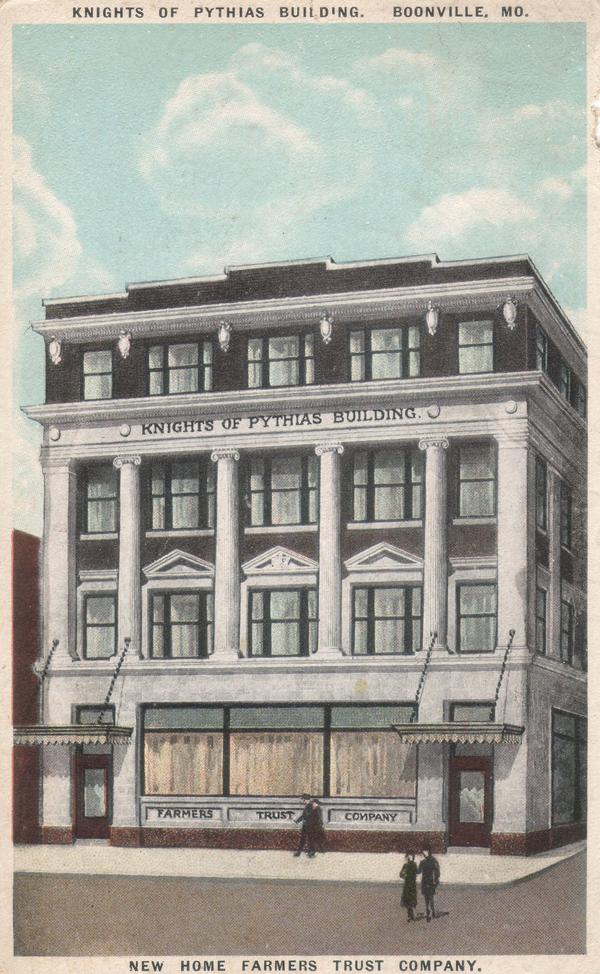 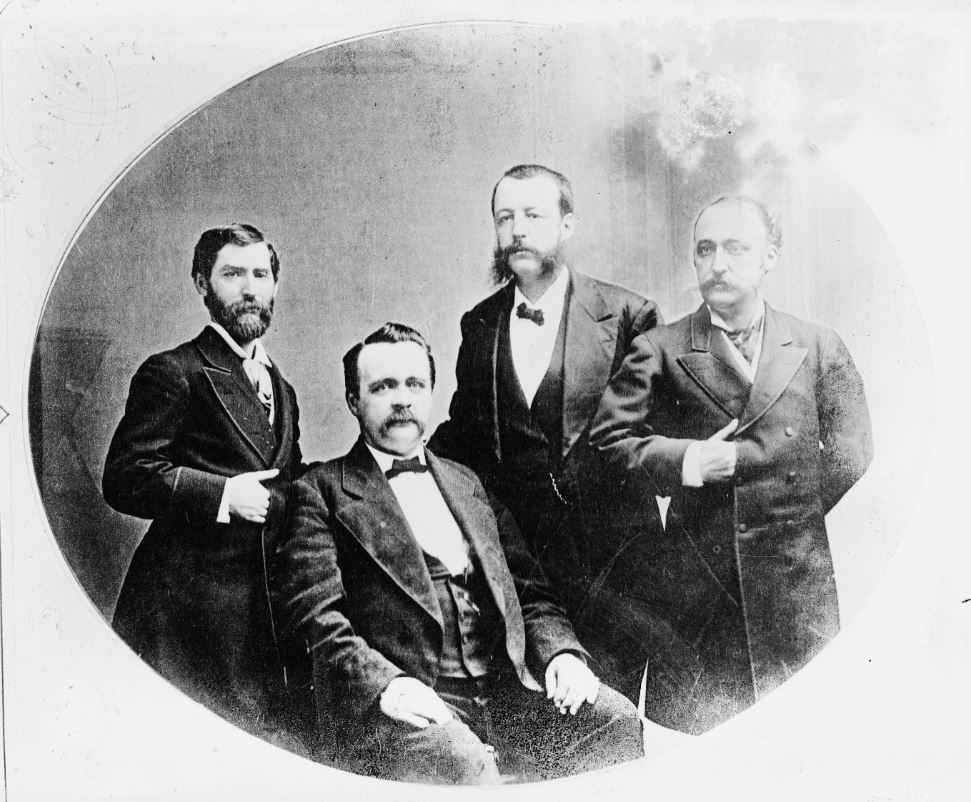