The 2022 Grand Lodge Convention was held in Joplin, Missouri, on October 6-8 at the Hilton Garden Inn. 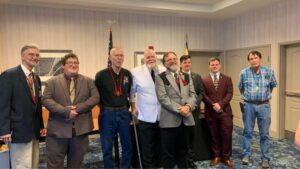 Those elected or re-elected to Grand office for the ensuing term include the following persons: