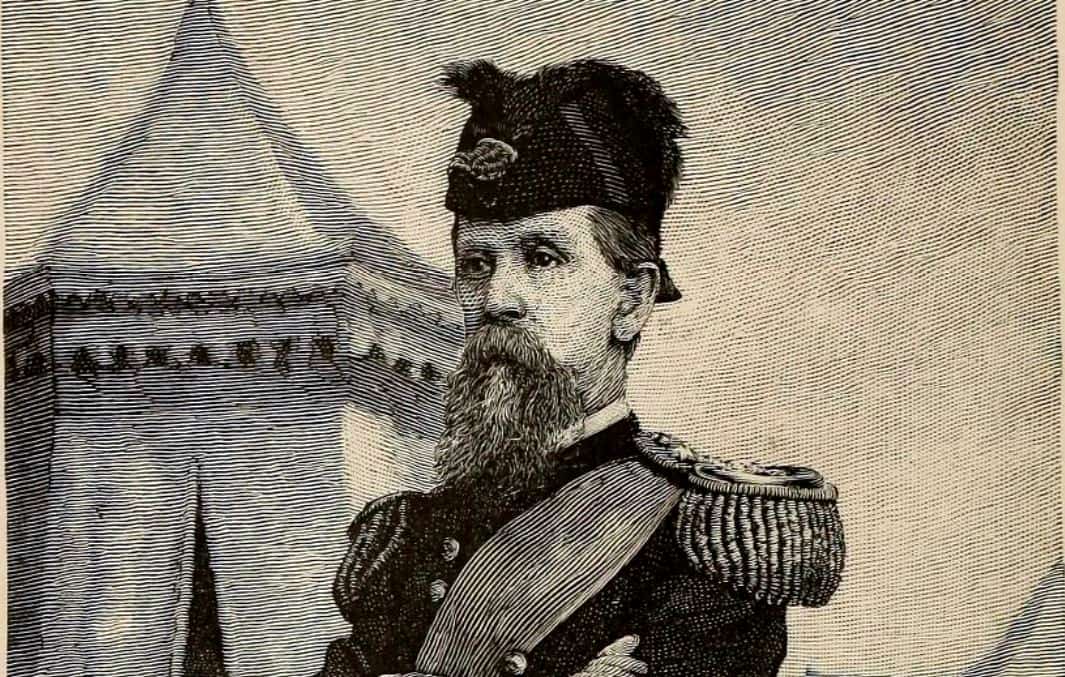 The Knights of Pythias are the most interesting historical chivalric fraternities in my estimation. Founded during the Civil War, endorsed by then sitting President Abraham Lincoln and then given a US Congressional Charter; this Knightly Order not only was recognized by the highest American authority but also participated in the Spanish-American War as well as in WW1. Unlike other groups to have existed in U.S. history the Knights of Pythias had a militant rank – referred to as the Uniformed Rank. The Uniformed Rank was in other terms the Knights of Pythias Militant and was founded by Brig. Gen. John R Carnahan who also wrote the “Knights of Pythias Drill Tactics & Manual.” This manual is addressed for the School of the Knights and contains a sword and axe manual, rules for camps, parades, competitive drill, reception and escort duties, Knightly courtesies and burial services. Being written in 1883 in Cincinnati with co-author William R. Hamilton who was Second Lieutenant of the Fifth U.S. Artillery this manual is exacting in its specifications and represents a high order of military discipline.

As a practitioner of HEMA – Historical European Martial Arts – I’ve recognized the importance of this tactical manual. It is a unique document containing the military tactics and drills of a 19th century western chivalric agency, founded in the USA by military men under the approval and endorsement of the US government. In examining the sword drills in this manual you will find fundamental movements (cuts, thrusts, stances and footwork), along with moulinets for the use of saber specifically. The manual discussed the axe and spear as well but doesn’t proscribe any practical exercises for these weapons rather discusses them only within the context of military drill.

As a former Marine I find the specificity of the drills, formations and such to be fascinating and quite exacting. This manual is an important part of military history even though the Uniformed Rank was never a branch of U.S. military service. It was in fact founded by very accomplished military men and its ranks were filled with former military men who were used to the disciplined military life. The Knights of Pythias provided a continued militarily disciplined expression and as previously mentioned it also contributed to combat activities during wartime.

As a current member of the Knights of Pythias this is a part of our history and heritage as a Knightly Order that was more than a fraternity of charitable cause. Our Order was an active militant order which trained its Knights to be exactly that. In times past, a Knight inducted into the Order would receive a sword and he was expected to know how to use it. The Knight was also instructed in the manner of Chivalrous conduct of which the Order has much written about. Today the sword is no longer given out, the Uniformed Rank was last found to be “active” in the year 1995 by one Company in Maryland, and the “etiquette” of Chivalry has all but replaced the “militant” of Chivalry. I empathize with a fellow Knight of Pythias, Brig. Gen. Robert E. Price, who wrote: “On January 1, 1999, as one of the only persons still alive who had actually belonged to the “Rank”, I proclaimed it revived as a memorial group so that the memory of this fine fraternal group might not be lost to the memory of present day members of the Knights of Pythias. I have taken no further steps to carry it further but have in my possession a number of papers, what is probably the last Book of Laws that was ever published, and two copies of the ritual.”

I have included a few pictures of some of the pages of the Drills & Tactics Manual as well as a picture of Brig. Gen. John R. Carnahan. I would like to also put into practice the saber techniques of the manual and I will post them when I do so. It will be fun to recreate the drawings and descriptions of the various movements.

Swords of the Knights of Pythias →